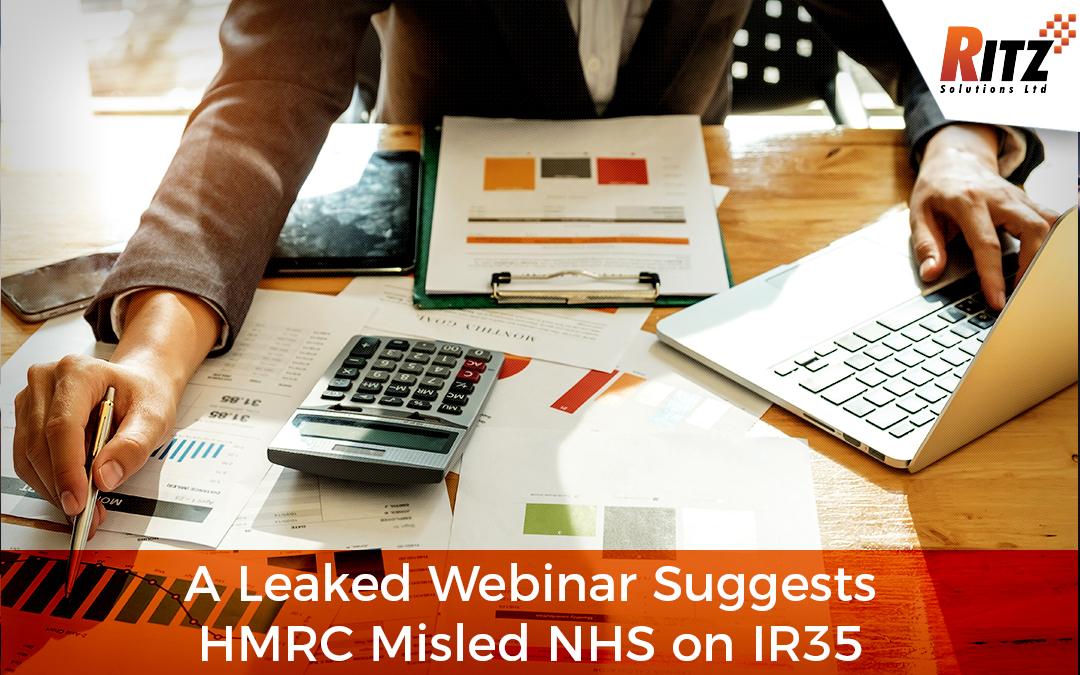 The HM Revenue and Customs (HMRC) understanding of the laws relating to IR35 have been criticised by tax advisors and legal experts. They have expressed concern that the tax agency has misled the public regarding off-pay rule legislation.  The criticisms follow a leaked webinar titled ‘Working through intermediaries: implementing the IR35 guidance in the NHS” delivered by MARK Frampton, HMRC’s IR35 policy advisor in September last year.

The hour-long webinar that was leaked to the Independent Health Professionals Association (IHPA) may help explain the reportedly large number of blanket assessments after the introduction of IR35. The practice has been described as inaccurate and misleading resulting in the undue financial suffering of the affected contractors.

According to Martyn Valentine who is the director of employment status specialists at The Law Place, Mr. Frampton’s comment regarding employment status is a cause of great concern. The guidance has been geared towards assessing almost all NHS locums to be inside IR35.

The guidance to NHS trusts, according to Dr. Iain Campbell who is the IHPA secretary-general, has resulted in rota gaps not being filled due to the reduction in locums in hospitals. This has worsened the winter crises and put patient care in danger.

A legal expert at IHPA, Stephen Mhiribidi, had stated that rota gaps have been increasing daily and that most of the locoms have been slow to take shifts that involve a lot of travel, high accommodation costs,and subsistence. In fact, some of the trusts have faced risks due to this practice.

In the webinar, Frampton has instructed the NHS trusts that the locums would be subjected to the right of supervision, control, and direction. This might have encouraged them to ignore statements raised by contractors that control does not apply to their engagement.

According to Dr. Campbell, HMRC does not have a clear understanding of control in the healthcare sector. He says that being a doctor he knows that he is compelled to pass clinical judgements that are in the best interest of the patients and not compelled by any law. The professional codes of conduct mean that medical professionals are autonomous practitioners and are not controlled by any legislations.

NHS Trustees were advised in the webinar that a contractor who has an assistant to complete the work in order to pass the off-pay rule substitution test. The statement clearly reflects that the HMRC does not understand the case law and has potentially misled NHRC regarding IR35 rules.