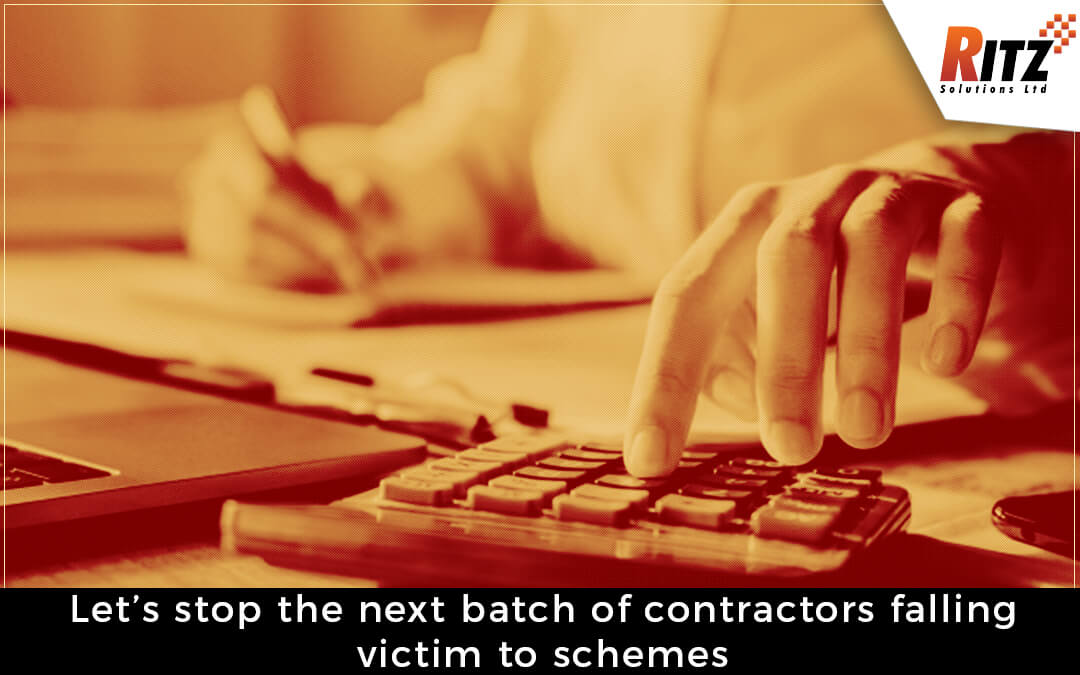 Not even a leaky roof in the House of Commons could stop Loan Charge 2019 coming into effect today, Friday April 5th 2019.

Whether the roof caving in was divine intervention for HM Treasury — to stop them having to respond to the torrent of criticism MPs raised in the session beforehand, or just a sign of how destructive the loan charge has become, the tax is effective from today, giving HMRC the power to go back 20 years to retrospectively charge contractors for unpaid tax and NICs.

But, writes Julia Kermode, chief executive of the Freelancer & Contractor Services Association (FCSA), what about the next batch of contractors to be caught up in schemes?

Were the heart-felt accounts about their constituents by MPs yesterday before the nearly waterlogged session was called off just the tip of the iceberg, in terms of flexible, entrepreneurial workers facing financial ruin?

To head off a ‘yes’ answer to this question, and to help protect further contractors from facing the same fate as loan charge contractors today — up to six-figure sums being sought by HMRC, we must explore how to not be hoodwinked into the new crop of disguised remuneration schemes.

At the time of writing, there are a number of schemes that aggressively target professional contractors by touting ‘higher take-home pay.’  These schemes typically operate by paying a small portion of contractors’ earnings via PAYE and then disguising the remaining, larger part of their income as something else, often an offshore loan. Most of these schemes are questionable at best, or downright unlawful at worst. Any scheme that sounds ‘too good to be true’ almost always is.

Although the companies behind these schemes are suggesting they can reduce contractors’ tax and NICs, in reality anyone joining these schemes will be personally liable to pay both these levies to HMRC, themselves, personally. The unpaid tax and NICs soon adds up, and by using such a scheme, individuals are putting themselves at very significant personal financial risk. Indeed, the Revenue will usually just backdate any charge for unpaid taxes to the very date that the individual signed up to the scheme. Once HMRC fines and interest are added, the total tax bill becomes exorbitant.

Regardless of what the Treasury comes back and says once a presumably flexible worker has fixed the roof, please DO NOT sign-up, register or join any such scheme or a variant of it.

Let’s take an example of the latter. Only last week, the taxman warned that arrangements involving a PSC and LLP, purporting to get round the loan charge by transferring ownership of the shares in the PSC, just doesn’t work.

According to HMRC: “These arrangements aim to disguise the use of loans by transferring assets rather than actually making a genuine repayment. They are deliberately designed to try to avoid the loan charge. If you use these arrangements the loan charge will still apply and you may face a significant penalty in addition to the tax charge.”

Sometimes the types of schemes preying on contractors label themselves as “umbrella”, but they are not umbrellas in the conventional sense. They are actually bringing the valuable, legitimate umbrella company sector into disrepute. A true umbrella employs the worker directly themselves, on their payroll, while giving the worker flexibility to work for numerous end-hirers. So the worker effectively has an ‘umbrella’ of employment benefits and rights that they take with them wherever they work. More crucially, an umbrella will always pay 100% of the individual’s gross pay through RTI payroll.

So that offer in your inbox saying you’d be silly to turn it down; does it or the company behind it…

If you answered ‘yes’ to ALL these five questions, you have a genuine, bonafide, legitimate umbrella company emailing you – it’s not a scheme at all. But if you didn’t answer ‘yes,’ move the email to your ‘junk’ folder, because that’s how you should treat it – it’s not a compliant firm; there scheme is potentially unlawful and they are storing you up significant financial pain in the future. Bankruptcy, divorce and suicide. All are now known to be consequences for those who, regardless of intent, used ‘schemes.’ For the good of your financial health and well-being, steer clear.